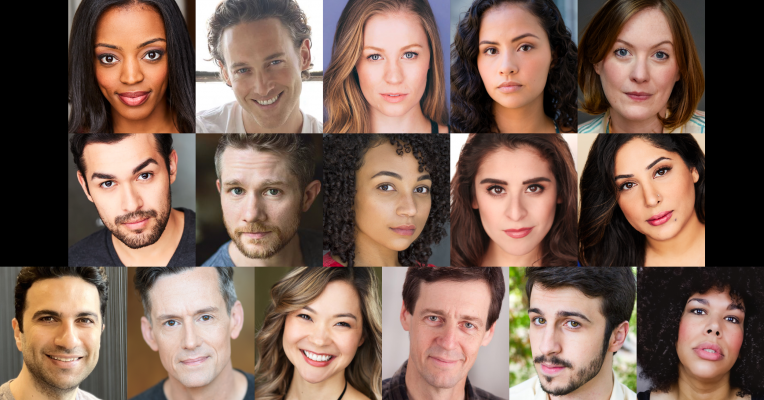 In the new year, Rob Lindley (Andy) and Hamid Dehghani (Farhad) star in Andy Warhol in Iran, which follows the legendary painter who meets a young revolutionary who throws his plans into turmoil and opens his eyes to a world beyond himself.

In this heartfelt story of an Appalachian family’s roots and the music that binds them together, the cast of The Porch on Windy Hill includes: Lisa Helmi Johanson (Mira), David M. Lutken (Edgar), and Morgan Morse (Beckett).

Finally, making a triumphant return to Northlight after critically-acclaimed performances in Intimate Apparel and Songs for Nobodies, join Bethany Thomas (Rosetta Tharpe) in Marie and Rosetta. “Bethany Thomas, the multi-talented actress/singer who has appeared on most of Chicago’s major stages throughout the past two decades, has clearly found the kind of star turn that can change a career, and a life, while unquestionably generating immense happiness, awe and bravos among her audiences” (WTTW).