Live from the West Side: A Series of Livestream Concert Events

Best known for her chart-topping hits, her film and television roles of epic proportion, and her star turns on Broadway, this humanitarian, author, mother-of-four was also the first African-American woman ever to be crowned Miss America!

Streamed live from New York’s Shubert Virtual Studios, the show will feature a mix of Broadway showtunes, pop songs, and personal stories. You can even email questions in advance for the artist to answer during the show.

Tickets are available now!
Single tickets are $30 per livestream event. All tickets are sold one per household, and include access to the livestream performance plus an additional 72 hours of on-demand viewing of a video recording of the livestream, available beginning one hour after each live broadcast ends. Proceeds will benefit Northlight Theatre.

Bundle your concert tickets with a FLEX PASS and SAVE OVER 30% off regular ticket prices for the 2020-21 Season. Read more!

at Online
Livestream plus 72 hours of on-demand viewing

"Both Sides, Now" at Feinstein's/54 Below

Performing with the Boston Pops

“Gorgeous, talented and funny, Laura Benanti can do no wrong. Blessed with a stunning voice of exquisite tone and technique, Benanti can sing everything… Whether channeling a Broadway ingénue or strumming a ukulele, Benanti is utterly divine.” –Next Magazine

“The beautiful Laura Benanti, who breaks your heart in Gypsy, should win a Tony every time she appears in a show.” -New York Post

“Ms. Benanti sings like an angel.” -The New York Times

“Cute, sweet, funny and quirky. Benanti kills it in the best way possible. Laura just gets it.” -BroadwayWorld.com

Audience Reviews from Live From the West Side: Patti LuPone:

“Patti LuPone helped me forget the limitations of these times. I’ve seen her in person, & this show was spectacular.”

“Loved selection of songs and amazing performance! Too bed she couldn’t hear us clapping!”

“What an amazing performance–without an audience! Thanks for offering me the opportunity to see Patti LuPone–a master performer–at her best.”

“Truly enjoyed Patti LuPone. She was in great form. So sad that my shouts and claps couldn’t be heard. So glad Northlight was part of this.” 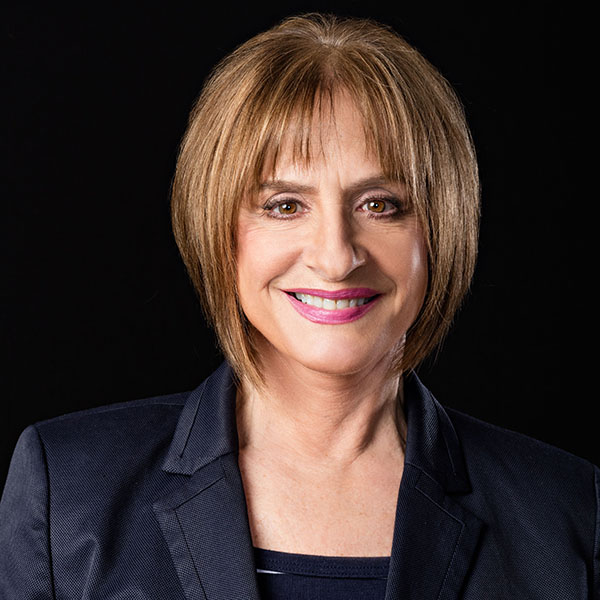 Patti LuPone can currently be seen on Netflix as Avis Amberg in Ryan Murphy’s Netflix series Hollywood and recently won the Olivier and What’s OnStage awards for her performance as Joanne in Marianne Elliott’s production of the Stephen Sondheim-George Furth musical Company in London’s West End.

Her recent NY stage appearances include the Scott Frankel-Michael Korie-Douglas Wright-Michael Grief musical War Paint (Tony, Drama Desk and Outer Critics Circle Award nominations for Best Actress in a Musical);  Douglas Carter Beane’s new play Shows For Days, directed by Jerry Zaks at Lincoln Center Theater;  her debut with the New York City Ballet as Anna 1 in their new production of The Seven Deadly Sins; Joanne in the New York Philharmonic’s production of Company; David Mamet’s The Anarchist;  and Lincoln Center Theater’s production of the musical Women on the Verge of a Nervous Breakdown, for which she was nominated for Tony, Drama Desk and Outer Critics Circle Awards.

Winner of the Tony, Drama Desk and Outer Critics Circle Awards for Best Actress in a Musical and the Drama League Award for Outstanding Performance of the Season for her performance as Madame Rose in the most recent Broadway production of Gypsy, her other stage credits include appearances with the Los Angeles Opera in their new production of John Corigliano’s The Ghosts of Versailles and Weill-Brecht’s Mahagonny (debut); the world premiere of Jake Heggie’s opera To Hell and Back with San Francisco’s Baroque Philharmonia Orchestra; Mrs. Lovett in John Doyle’s production of Sweeney Todd (Tony, Drama Desk, Outer Critics Circle nominations, Drama League Award for Outstanding Contribution to Musical Theatre); the title role in Marc Blitzstein’s Regina; a musical version of Lillian Hellman’s The Little Foxes at the Kennedy Center;  Fosca in a concert version of Passion, which was also broadcast on PBS’ “Live From Lincoln Center,”;  a multi-city tour of her theatrical concert Matters of the Heart; the City Center Encores! productions of Can-Can and Pal Joey; the NY Philharmonic’s productions of Candide and Sweeney Todd (NY Phil debut); and performances on Broadway Michael Frayn’s Noises Off; David Mamet’s The Old Neighborhood; Terrence McNally’s Master Class; with her dear friend Mandy in An Evening with Patti LuPone and Mandy Patinkin; and in her own concert Patti LuPone On Broadway. More at www.pattilupone.net 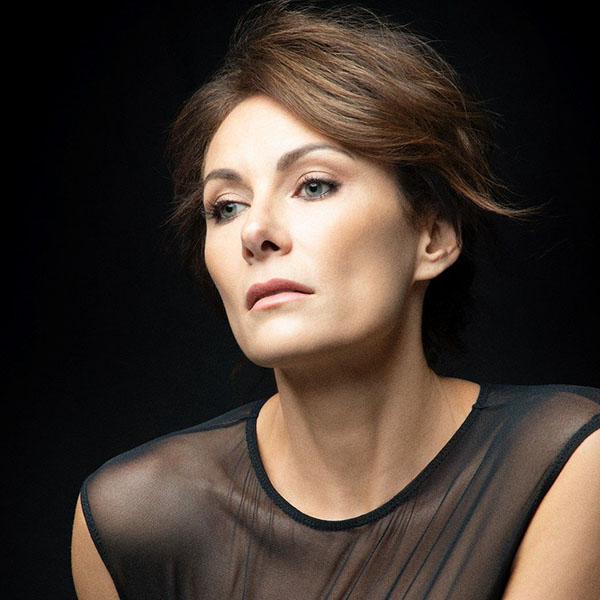 In the midst of an illustrious career spanning Broadway, film, and television, Tony® Award-winning actress, singer, author, and activist Laura Benanti now brings a longstanding dream to life as she gears up to release new solo music with Sony Music Masterworks.

With Broadway credits ranging from the My Fair Lady revival and Steve Martin’s Meteor Shower to She Loves Me, Laura garnered a Tony® Award in the category of “Best Featured Actress in a Musical” for the 2008 production of Gypsy—among five career nominations to date. Meanwhile, her performance in Women on the Verge of a Nervous Breakdown would be honored with the Drama Desk Award and Outer Critics Circle Award for “Best Featured Actress in a Musical.” Simultaneously, she enchanted audiences on the small screen, appearing on Younger, Supergirl, Nashville, The Good Wife, Nurse Jackie, and more in addition to films including WORTH and the upcoming Here Today. Laura recently released a book for moms entitled M is for MAMA (and also Merlot): A Modern Mom’s ABCs, available now on Amazon.

Early this spring, she created an empowering campaign titled #SunshineSongs, which invited students whose school musical productions were canceled this year due to the pandemic to share videos of the performances they were not able to give, on social platforms. As chronicled by Good Morning America, she generated 4 million impressions and received over 10,000 submissions, attracting celebrities like Lin-Manuel Miranda and Jennifer Garner to join the campaign. Additionally, she invited students to contribute songs to her free “Sunshine Concerts” for senior living communities and children’s hospitals. The campaign’s success further grabbed the attention of HBO Max who recently partnered with Benanti to release a musical documentary special featuring students from across the country entitled Homeschool Musical: Class Of 2020, set to release this fall. 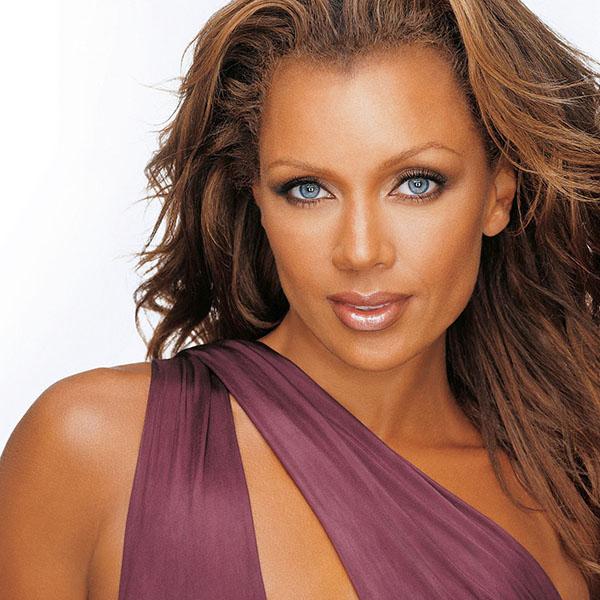 Vanessa Williams is one of the most respected and multi-faceted performers in the entertainment industry today.

Her critically acclaimed work in film, television, recordings and the Broadway stage has been recognized by every major industry award affiliate including 4 Emmy nominations, 11 Grammy nominations, a Tony nomination, 3 SAG award nominations, 7 NAACP Image Awards and 3 Satellite Awards. Her platinum single “Colors of the Wind,” from  Disney’s Pocahontas, won the Oscar, Grammy and Golden Globe for Best Original Song.

A graduate of Syracuse University, Vanessa is a strong advocate for equal rights, especially concerning the gay community and minorities. She was honored with the Human Rights Campaign “Ally for Equality” Award for her humanitarian contributions. Vanessa also achieved a career pinnacle with a star on the Hollywood Walk of Fame in 2007.

Bubble Kisses, Vanessa’s first picture book for children, released in 2020, tells the story of a young girl with the ability to transform into a mermaid. This effervescent, lively tale is based on a song which is also available with the book and as a download.  Her autobiography, You Have No Idea, co-written with her mother Helen Williams, was a New York Times Best Seller in 2012.

Vanessa’s recent Broadway credits include co-starring with Cicely Tyson in The Trip to Bountiful, (the #1 play of the 2013 season), After Midnight (2014), and a special limited engagement in Hey, Look Me Over at New York City Center in 2018.

Vanessa is the mother of four – Melanie, Jillian, Devin and Sasha. Her charitable endeavors are many and varied, embracing and supporting such organizations as Concerts for America, Special Olympics and several others.

Vanessa is one of the world’s most accomplished concert artists, appearing regularly with the most prestigious symphony orchestras in the world, most recently with the National Symphony Orchestra at The Kennedy Center.