How do you plan for catastrophe? Virologist Nathan Wolfe, named one of TIME’s 100 Most Influential People in the World for his work tracking Ebola and swine flu, has hunted viruses from the jungles of Cameroon to the basement of the CDC. Now, in a post-COVID world, we hear his story—presented as cinematic digital theatre—as he tracks the threats that come from without and within. America’s most produced playwright Lauren Gunderson (Miss Bennet, The Wickhams, The Book of Will) returns with a time-jumping tale based on the life and work of Nathan Wolfe (who also happens to be her husband). A deep dive into the personal and profound realities of scientific exploration, The Catastrophist is a theatrical experience built of and for this moment in time.

Performances will be accessed via Broadway on Demand. To purchase tickets, you will be directed to create a brief Broadway on Demand account before entering your payment information. You can watch the performance at any time between March 11-31. Once you begin the video, you will have 48 hours to complete your viewing. Read more about how to purchase and view, or watch an instructional video.

The Catastrophist is a co-production of Marin Theatre Company and Round House Theatre, presented in partnership with Northlight Theatre.

“Head exploding…a freewheeling, virtuoso science lesson — the kind where you don’t just absorb fun facts but recalibrate your mental ordering of the universe and your place in it.” 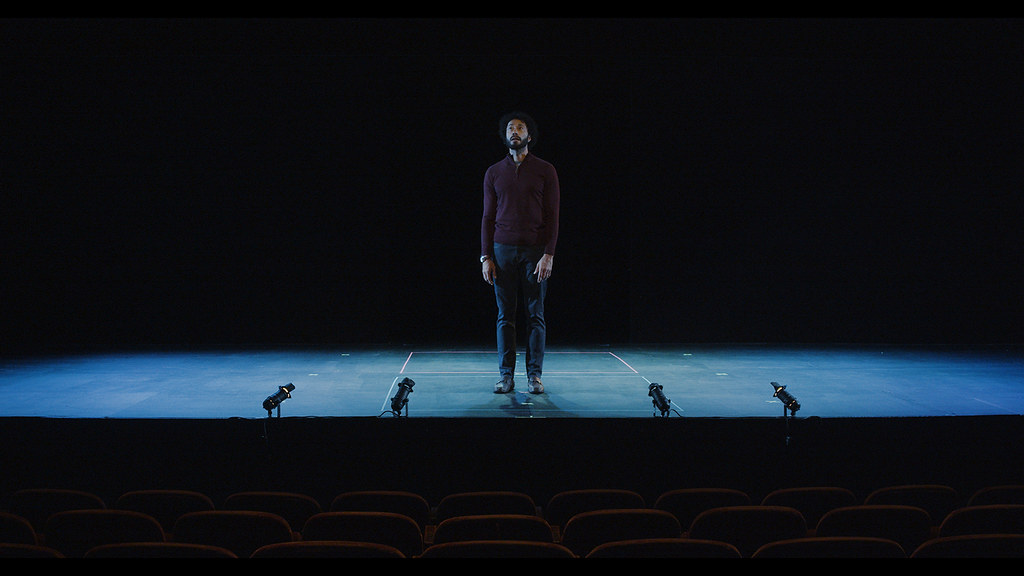 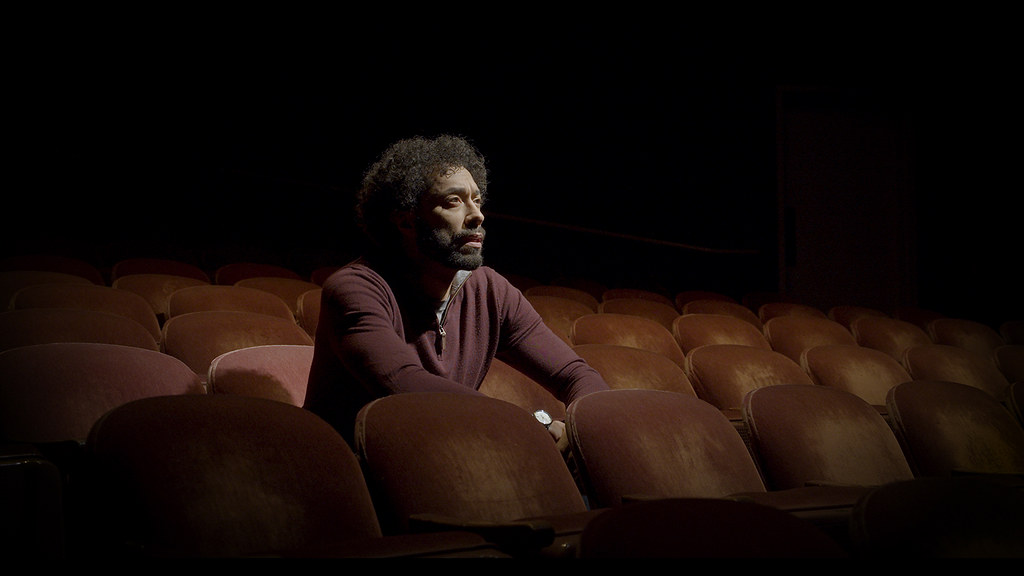 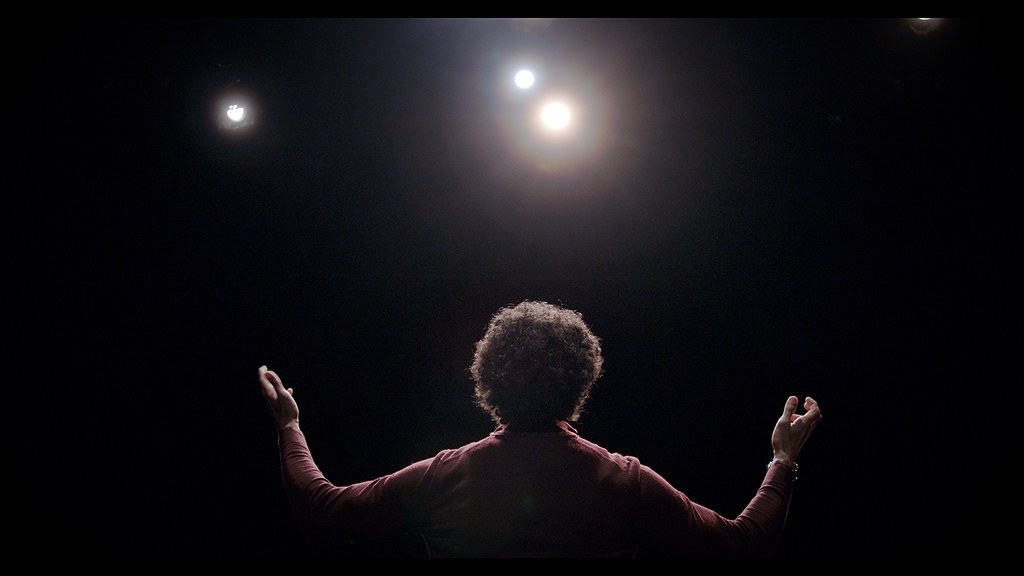 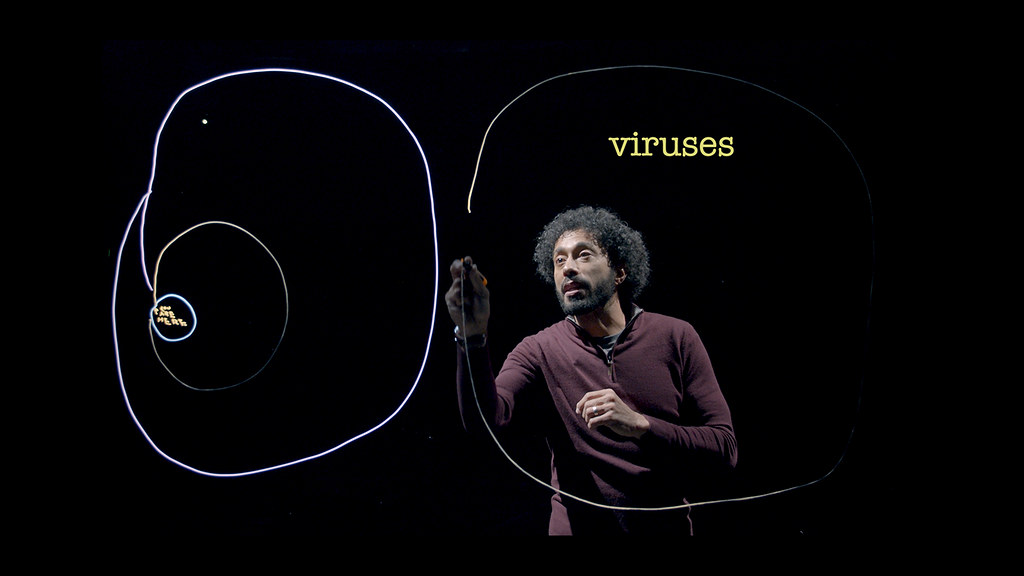 William DeMeritt (Nathan) in The Catastrophist. Photos courtesy of Marin Theatre Company and Round House Theatre.

The New York Times:
A Playwright’s New Subject: Her Husband, the Pandemic Expert

Prolific and widely-produced, Lauren Gunderson didn’t have to look far to create “The Catastrophist,” a play about risk that’s both timely and personal.

“My job is to look at people’s complexities and faults, and failures and betrayals,” Gunderson said on a recent afternoon, seated in her backyard next to her children’s trampoline. Her voice was muffled by a paisley face mask. “To turn that kind of eye to my husband, who I love, is bracing. It was way harder than I thought.” Read the full story

San Francisco Chronicle:
Lauren Gunderson makes a science of writing plays, this time about a spouse who’s a virologist

When Lauren Gunderson’s agent introduced her to virologist Nathan Wolfe more than a decade ago, the joke was, “Oh, Lauren, you should write something about Nathan.”

“I kind of collect them, because they’re fascinating,” Gunderson says, half jokingly, of scientists.

Indeed, the San Francisco playwright — who was twice named the most-produced playwright in America by American Theatre magazine — writes frequently about scientists and has a whole circle of physicist friends. (Science and theater have been fused for her ever since her high school physics teacher in Decatur, Ga., Mr. Winterscheidt, let her write tiny plays instead of lab reports.)

But Gunderson didn’t write about Wolfe back then, though he had already worked with a team for years in sub-Saharan Africa to show that viruses jump between different species much more frequently than conventional wisdom held, a year or two before the New Yorker called him “the world’s most prominent virus hunter.” Read the full story.

“It couldn’t be more relevant… As a piece so readymade for this historical moment, and for the technology available to us, it’s a good addition to Gunderson’s impressive canon.”– San Francisco Examiner

“It left me stunned…a deeply insightful work of art, a digital production well worth your attention.” – DC Metro Theater Arts

“A new play mints a new dramatic star for our time: a virologist.” – The Washington Post

“This lyrical world premiere is a love letter to creation, to the terrifyingly expansive tree of life, and to the vagaries of the circle of life. It’s an incredible journey…This is a show to savor and get lost in. It may be one man’s journey, but in a way it’s all of ours.” – MD Theatre Guide 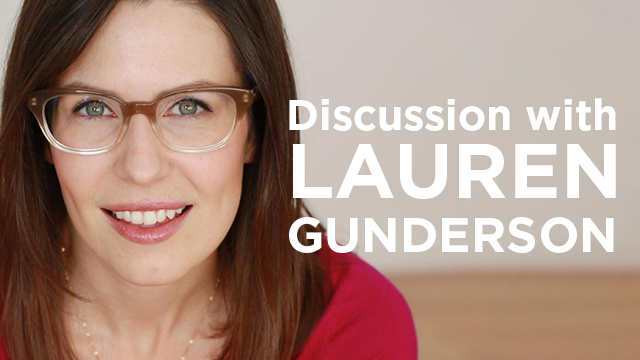