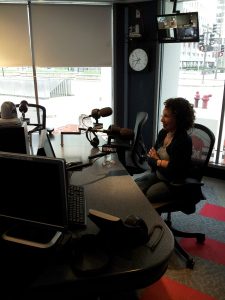 Rhea Perlman, who will appear in Northlight’s Stella & Lou this month, was interviewed on WGN radio and tv this week.

Listen to her conversation with Dean Richards on the broadcast of his Sunday morning show here.

On Monday, she appeared with the WGN Morning News team, and a hilarious slip-up in her interview quickly made the social media rounds. See for yourself here!